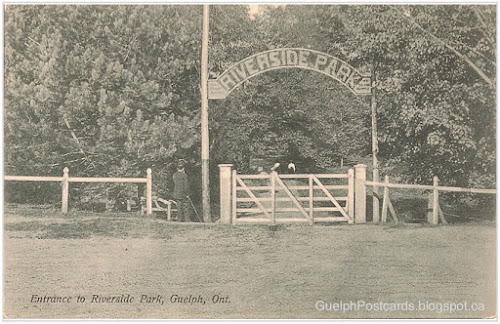 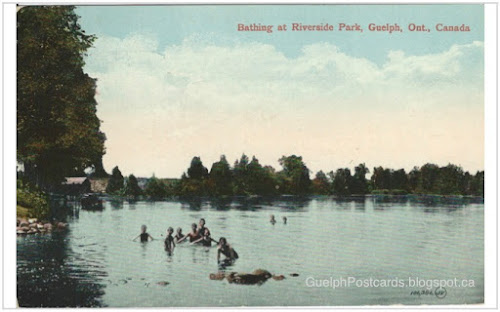 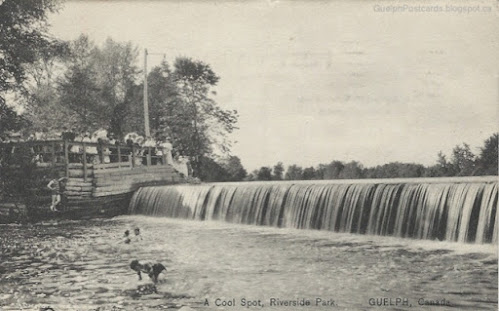 Though not ideal, it seems that the bathing place at Riverside Park was popular with the ladies.
As such, Riverside Park's swimming hole marks a turning point for recreation in Guelph.  It did not signify the immediate end of skinny dipping by groups of young men in the city.  However, it did show that a suitably provisioned and policed public facility could provide a viable alternative.  The change did take hold in time.  As noted in my previous post, by 1948, naked swimming in the rivers of the Royal City was but a fond memory for its male old-timers.
Read more »
Posted by Cameron Shelley at 13:41 No comments: